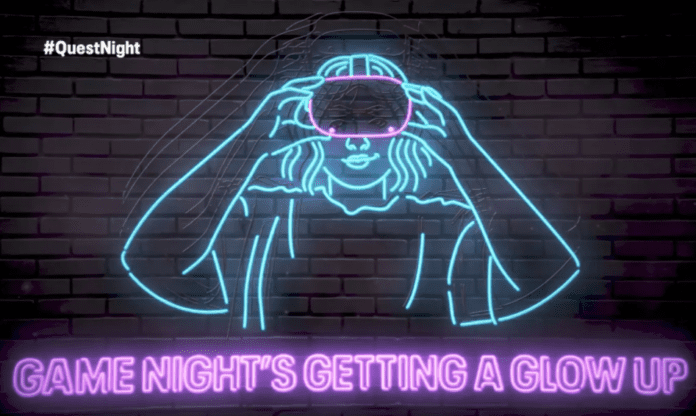 Meta would like to make Tuesday nights into VR gaming nights

Meta has officially launched Quest Night, a weekly gaming night that focuses on all things Quest. The company encourages Quest players to get together online for good old-fashioned multiplayer gaming, starting next Tuesday and continuing every Tuesday thereafter.

The company wants you to log in with your friends and play your favorite apps and games throughout the week. Quest Night sounds like it’s just a way to encourage group VR gaming on Quest.

“Remember game nights? Friends all sit around a table as they eat snacks, excitedly scream at each other, and most importantly, play a few games together. It was a beautiful mess. And it’s about to get taken up a notch,” said the company in an official blog update.

Meta released a trailer to celebrate the announcement. It showcases a few VR party games, including Demeo and Walkabout Minigolf. Any of the mentioned games are great fun. Here’s a list of VR party games that we recommend to Quest members:

For more information on Quest Night check out the official blog post here.