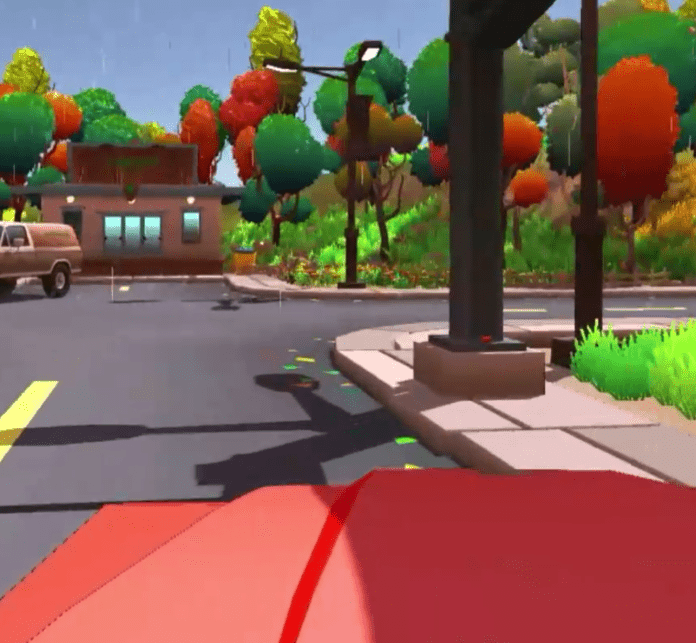 Metaverser is the first multiplayer open-world blockchain game where you can play with a 3D avatar created based on your features.

Metaverser offers play-to-earn models. The game mixes the world of finance and gaming,
providing gamers with opportunities to generate an income while they play.

Gamers will have more control by adding real-world value to their online entertainment.
They can participate in the game challenges, earn MTVTs and NFTs, and sell them at the
marketplace and cryptocurrency exchanges. Assets are minted as non-fungible tokens
(NFTs) and can be often traded on platforms outside the game’s universe.

The magic of Metaverser is that whales are not the only winners in the game. Only the
gamers with the right strategy and a certain amount of luck can get the final victory.
Gamers can travel in the game using ports, train stations, and airports, complete missions,
and earn real money alongside fulfilling their sense of curiosity in the process.
Whether users are serious card players or DeFi enthusiasts, they can find their own
happiness in Metaverser.

Metaverser, the first NFT based open-world multiplayer Metaverse, is going to auction its first property in order to elect a mayor on the island of Hombaba. There are 3331 plots and 71 houses already built on the island. The game will allow players to create complex virtual real estate using a home builder. By providing the tools necessary to build virtual real property, the company hopes to become a digital architect and interior designer. There are no boundaries, from offices to homes.

Only landowners and residents of Hombaba Island (the first island on Metaverser) will be allowed to play Metaverser in the initial phase.

The Metaverse offers play-to-earn challenges and missions. Players can also mine MTVT using an innovative smart contract leveraging in-game miner powered with virtual electricity that must be bought in-game. The electricity generated can either be neutral in carbon emissions or harmful to the environment. Users who use the former will have to pay CO2 taxes, which will be shared among all players. Shayan Salehi is the co-founder and COO of TerraMetas Studios. He says that they are strong believers in climate change. They want their players to be aware of the issue. We want to emphasize the importance of green mining and energy transition by creating a universal basic income for Island residents based on the CO2 tax collected. We will only have one planet until we colonize Mars. While the Metaverse is a role model for a better world, it does not limit the fun of open-world games.

The miner is located in either a home or the green data center on each island that has 300 free miner slots.

This is the first open-world NFT-based Metaverse that allows you to play with an avatar made from your own picture. It detects 468 biometric spots (468 Facial Landmarks).

Metaverser is a fascinating project that offers innovative features such as Formula 1 races and events. Beta testing is currently underway for the game. The game will be released to landowners in February 2022.

Metaverser is based on Unity 3D. It will be available online using WebGL, Windows and Mac, and shortly on Mobile.

Hombaba is home to several Neighborhoods, including a city, a mountainous area, and a desert. There’s also a natural park that has AI-driven animals and the Nakomoto International Airport. Metaverser has a tool for online home design that users can use to do home design and
interior design. Finally, the designed house will be mint in an NFT on the Binance Smart Chain.
After that, if they own land, they can put that NFT on that land, and from then on, the house belongs to that person. Otherwise, they can put this NFT up for sale in the marketplace. By selling the designed home to other users who have land and need to buy a house, they can earn money, which is one of the best ways to play-to-earn in Metaverser.
The total land of the suburbs is square in the dimensions of 1200 meters by 1200 meters with a total of one million and four hundred and forty square meters, of this space, 60 thousand meters have already been built in which 71 houses in about 20 thousand meters. Currently, only 555,000 square meters of land can be build, and the rest is urban. These 555 thousand meters are divided into 3260 lands of different sizes.
Metaverser users can use the Metaverser Home Designer tool to design their homes for free.
Several home appliances such as some tables and chairs, etc. can be used for free in this
software, and if they use these, in the end, he only has to pay for the mint price and no additional costs. But some items are luxurious and memorable, and in the future, their invoice must be paid to mint. These objects are divided into two groups, objects and tools designed by the Metaverser group itself, and on the other hand, objects created by Metaverser users.

The user-designed equipment is provided to the Curation Committee (a committee formed
under the auspices of Dao). That committee has the task of approving those objects, and after approval, these devices are placed in the Home Designer software and can be used at the user’s suggested price so that the designers can use them. When the user buys them, the cost of the Metaverser fee (tax) will be deducted, and the amounts of those objects will be paid to the designers online.
When a landowner buys an NFT of a house, and that home is on their land, they can no longer sell the ground alone and can only sell the house unless they destroy that house, and then they can sell the land or build another house on it.

Previous articleWrestling Metaverse
Next articleFirst introduction to the metaverse