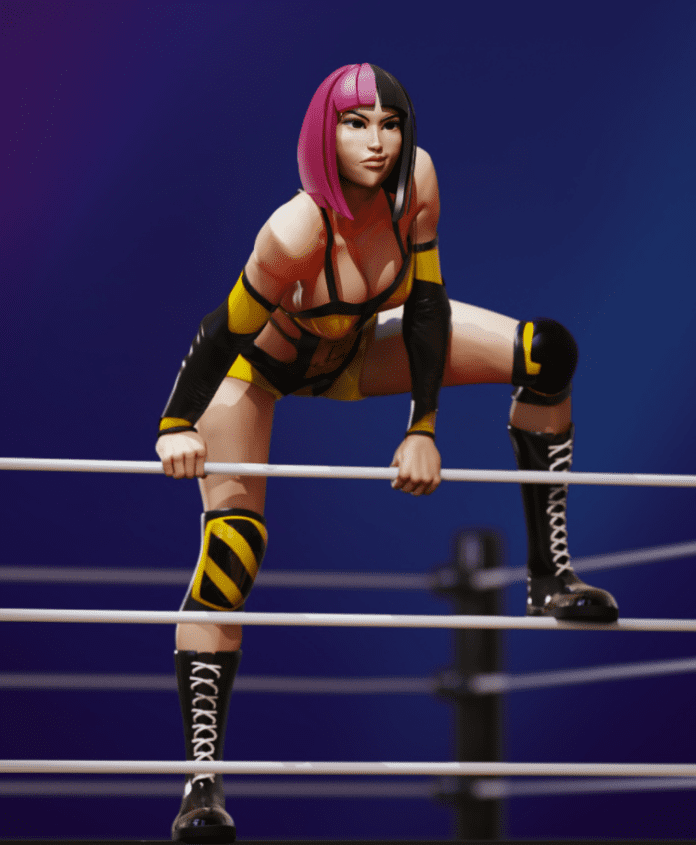 It will provide Players with a MMO metaverse experience that rewards them for their participation and provides them with true in-game ownership.

Our mission is to be the digital home for all combat sports fans and athletes. Starting with Professional Wrestling as our first entry point, we will bring sports combat games into the new digital age in which in-game asset ownership; community-led governance; and multiplayer experiences matter the most.

We are building digital realm that will provide Players with:

Additionally, a core part of WM’s mission is to support the professional wrestling community — and eventually athletes from all other combat sports communities.

Like all other sports professionals, Wrestlers are performers, athletes, daredevils, husbands, fathers, wives, mothers, friends and more. They step into the ring not to make money, but because it is their passion. These individuals sacrifice their body, time with family, and financial stability for this passion.

WM will help these Wrestlers by giving them new opportunities to make revenue and engage with their fans. This value-driven harmonious relationship will ensure that WM is sustainable for the long-term and that it’s community of Players, Fans, and Wrestlers benefit from participating within the game.

Whilst our underlying technology will be powered by Blockchain, we are going to be ruthless in focusing on the user experience for our players.

We are going to provide Users with easy onboarding through custodial solutions whilst educating them on the benefits of decentralized technology and non-custodial solutions. This focus on user experience will ensure new Players can be easily sign-up to play WM ensuring the community and metaverse continually grows.

Our view is that in the future either big corporations will own metaverses or its Users will — we believe the latter is a more positive step for society. Through the creation of a DAO (Decentralized Autonomous Organisation), the WM will empower its Users to be the masters of their own destiny by allowing them to propose and vote on gameplay and economic changes they wish to see within the Wrestling Metaverse.

This is your opportunity, as a Fan, Player, and or Wrestler, to have your say on how you want the game to operate and evolve.

The Wrestling Metaverse Has 4 Major Components:

Players will be able to fight head to head in 1v1 matches competing for rewards.

A seasonal league ranking system will invite top Players to compete in exclusive PPV matches where they will have the opportunity to win rare rewards and Championship Belts.

Wrestlers (which are NFTs) will be fully customizable, can be levelled up, and even traded.

2v2 matches will allow Players to team up with a friend to compete against other tag teams.

Macro gameplay, known as Territory Wars, will allow Players to own their very own Wrestling Promotions (factions) and build their Roster of talent to invade other Promotions for a chance to siphon off their rewards.

The Wrestling Metaverse will enable Players to own their own assets in the form of NFTs, these include: the Wrestlers, Attire, and Promotions. These NFTs can be used to play the game, collect for nostalgia, or speculative purposes.

There will be Primary and Secondary marketplaces where the NFTs can be sold, bought, and traded.

Additionally Players can propose and vote for changes they wish to see within the game using the Wrestling Metaverse’s native token. No more complaining to random Community Managers about overpowered moves — if the community wants to see a change in their metaverse, then it’s in their power to propose and vote for that change.

The native token acts will be both a governance and an exclusive access token that represents a real slice of the game’s ownership as it has governance rights and other utilities built into it.

WM is essentially going to become a thriving active game similar to a country. Our goal is to ensure that the metaverse is sustainable in the long-term whilst rewarding the Players, Fans, and Wrestlers who contribute to its development and growth.

The Wrestling Metaverse is a Play and Earn game that rewards Players for their contribution to the ecosystem. By either winning matches or carrying out daily activities Players will earn EXP points and rewards in the form of cryptocurrency tokens.

Through an innovative tokenomics and NFT utility model, WM will have a unique Play and Earn model no other GameFi project has to date.

The rewards earned in-game can be used across the Wrestling Metaverse ecosystem and will partially be circulated into the WM Community Treasury.

This “Play and Earn” model will attract players from developing countries in pursuit of new income streams and also wrestling fans from developed countries who wish to simply have fun by playing the game or owning a piece of wrestling history.

WM’s Training game mechanic will allow Players to create new Wrestlers that can be used in-game or sold on marketplaces.

WM’s core focus is to be a fun game bringing together the real and digital worlds seamlessly.

Real Professional Wrestlers will be invited to provide their likeness to the game, in doing so, the Wrestling Metaverse will open up new engagement opportunities between Wrestlers, Fans, and Players — essentially becoming a social network for wrestling.

This opens up a world of possibilities for fun user generated content, fan engagement, and onboarding a new generation of Users to the cryptocurrency ecosystem.

Benefits each type of User receives by participating in WM are:

For the sake of clarity, neither type of User is mutually exclusive. A Fan could also be a Player/Wrestler and vice versa.

Ultimately our goal is to build an unforgettable gameplay experience.

If the game is fun, then everyone will make it.

Stay up to date by:

Предыдущая статьяPull&Bear has launched the first Virtual Reality experience in the Metaverse
Следующая статьяWhat is Metaverser.me?