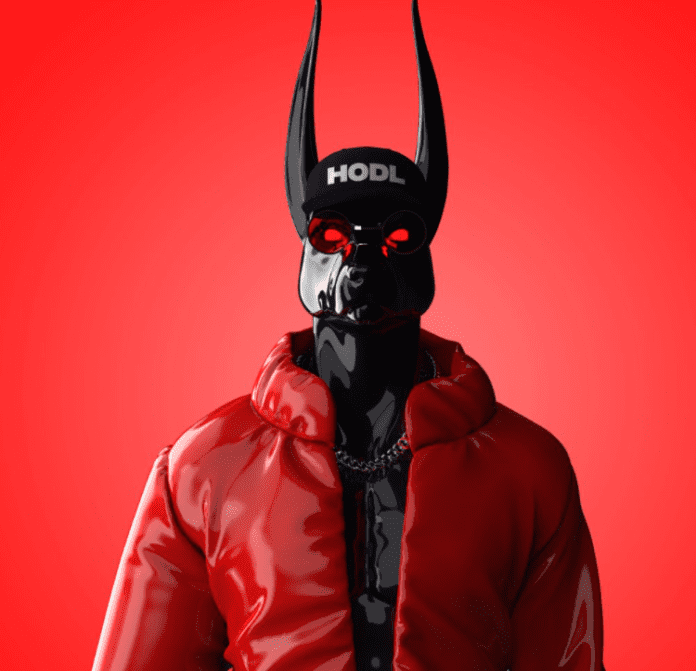 The purpose of the collection is to bring Museum-Grade artworks into the NFT Space, as the name suggests, the theme of the project features real characters from Ancient Egyptian Mythology combined with a variety of elements of modern Pop Culture which makes this project stand out even further. Consisting of 5555 Artworks, the project has been in preparation since August 2021, and each artwork is uniquely made, not generated with a script. All artworks will be 4K Resolution and Rendered in 3D based on the Artist’s notes.

After taking a look at the website, the level of quality and professionalism that the team has placed behind the project can be seen, as Meta Pharaohs is a unique and high-quality website.

This can also be seen through the project’s extensive roadmap and unique utilities that the future owners of the collection will be offered.

The most noteworthy element of this project, however, has to be the Legendary Forbidden NFT. An innovative concept of fusing Five Ultra Rare NFT Pieces to create the first of it’s kind Legendary NFT.

As the roadmap suggests, the one that manages to collect all Five Ultra Rare pieces will initiate a fusion reaction, in which the blockchain will fuse the pieces together to reveal the Legendary Forbidden NFT.

To keep things interesting, Meta Pharaohs has placed a very huge prize award that goes towards completing the challenge of collecting and fusing all five pieces.

This part alone is the team’s strategy that will ensure that the project is highly sought out for long after the release. The team’s unique idea is further supported by the shareholding DAO model.

Owning 2 or more pieces of the collection allows you to become a shareholder in this project which will yield 8% royalty from each sale after minting in the form of monthly dividends to each Shareholder.

Additionally, this is one of a few projects that will provide Full Commercial Rights to the holders, allowing for members to leverage the popularity and expand the brand even further after launch.

Therefore it can safely be assumed that Meta Pharaohs is more than an NFT, and is the first of its kind –

“Owning a piece of this collection is to be regarded as a long term productive asset rather than speculative short term investment” based on the Founder’s notes.

Meta Pharaohs has been developed by a team of E-commerce, Digital Marketing, and Venture Capital experts with over 10 Years of experience, confident in their ability to leave a mark and develop the NFT and Web3 space in the right direction.

You can join their discord community.