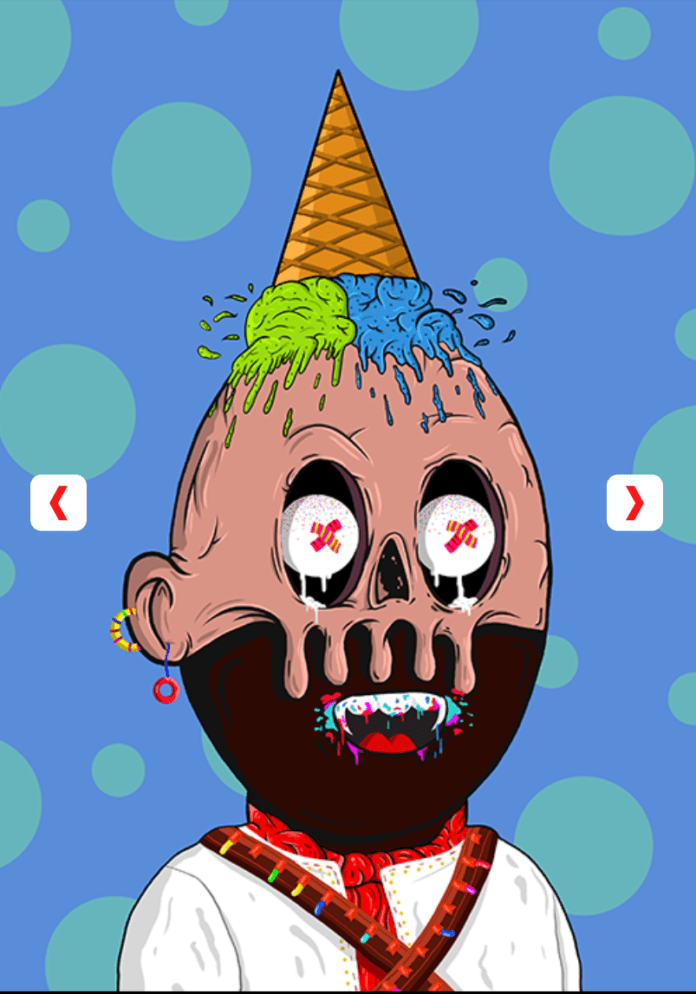 Goofiez is a 3333 hand-drawn NFT Collection with 100+ Traits. Goofiez are non-fungible, each Goofiez аre unique 100%.

Where did Goofiez come from?

After the nuclear meltdown, radiation seeped into a candy factory and leading to the malfunction of the machinery and chemical X being used instead of sugar while producing the candy.

Chemical X combined with the radiation coming from the meltdown caused drastic changes to the way the candy was being produced.

This eventually led to the mutant candies who would later be called Goofiez!

They would roam the streets freely, trying to attack any candy factory out there and helping the other candies break free to avoid being eaten by humans!

We are Goofiez! you can try us! We are tasty!

The First Steps of the project are launching our Social Media Channels, Launch of our V1 Website,
Which will be fully redesigned with phantom integration. The minting site will be announced on the Discord channel.

Legendary Goofiez holders will receive the latest generation Apple iPhone. Each week lotteries
will be held in our discord with up to 1k $ prize to 3 winners. We will launch Phantom Wallet
integrated V2 website in the first week of May 2022. After the Goofiez site, we will launch our $GFT
TOKEN which will be backed by the Solana liquidity pool and the NFT Stacking game will be released.

Online Slot Wheel works with $GFT Token. The holder can purchase tickets to Slot Wheel with $GFT Tokens. Holders will get the opportunity to win Apple Last Gen Tech, Our Wearables, Cash prizes, and Jackpot which will increase with each spin.