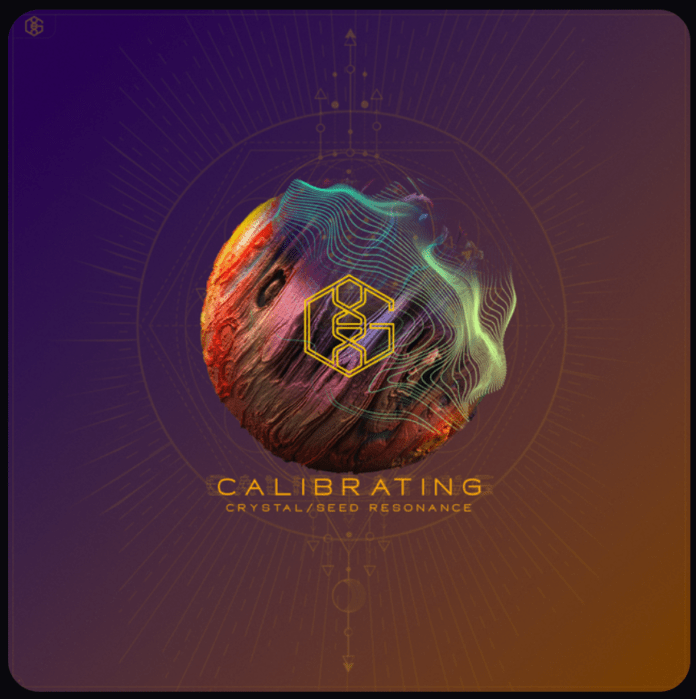 What if you lived in a world that rewarded you for simply taking care of yourself and staying active? Oftentimes, your main source of income, gaming, and relaxation after a long stressful day is at odds with staying active. You sit all day at a desk then come home and just want to lay on the couch. Sound familiar?

In the gaming world especially, grinding has always played a pivotal role in your ability to earn loot and character upgrades to advance in-game. A pivotal role that is predicated on hours and days of screen time spent tapping on your phone or mashing a controller sinking into the couch. Don’t get us wrong. We love a good couch sesh, but wouldn’t it be nice to have your cake and eat it too?

In the big picture, it’s not only in games that having fun, getting paid, and staying active are at odds with each other — that’s just life. Working long hours at a desk makes balancing self-care hard. Well, we believe, you shouldn’t have to compromise health for wealth. Health is wealth. That’s why we created Genopets. The first Move-to-Earn NFT game that makes it possible for you to earn crypto for staying active in your daily life.

Genopets is a Play-to-Earn NFT Game on Solana for the nurture and evolution of your personal Genopet, your digital spirit animal. Keep your Genopet in your pocket everywhere you go and get rewarded for getting off the couch, going about your day, or running your next marathon. Then, after a long day, just kick back, relax, and claim the fruits of your labor.

Genopets combines the nurturing and evolution of Tamagotchi with the training and battling of Pokemon in asynchronous puzzle mini games.

Summon your Genopet and soar through the neon Genoverse as you explore hidden terrain, unlock magical realms, craft mysterious items, and battle with friends around the world. Here’s how it works… Genopets is a Free-to-Play NFT game on Solana that makes it fun and rewarding to live an active lifestyle. Genopets use data tracked by your smartphone or fitness wearables to advance your Genopet NFT in-game.

We’ve coined the concept of “Move-to-Play”, meaning Genopets converts your real-life movement into XP to progress in-game. We replaced traditional sedentary video game grinding time spent tapping on the screen with checking in on your physical activity as you go about your day. Now, your hard-earned in-game progress acquired through walking around all day can be traded as an NFT at market value, creating the first “Move-to-Earn” NFT gaming experience.

Nurture, battle, and evolve your Genopet NFT to increase its value with every step you take in real life then sell it on the marketplace to reap the rewards of our hard work. That’s what we call Move-to-Earn.

A Genopet is a generative NFT that evolves, can be upgraded, and customized as you level up in the game. Your Genopet NFT is free and is hatched as an infant. Over time, it will increase in value as you invest time and effort to augment its type, battle performance, and aesthetics. A Genopet evolves with XP, and its evolution is guided and accelerated using Refined Crystals.

What is $GENE Token?

$GENE is fungible governance and staking token that represents ownership in the Genoverse. As a $GENE token holder, you vote on the future of gameplay and stake your $GENE tokens to earn rewards.

What is $KI Token?

$KI token is a fungible in-game reward token that you earn when you purchase a Habitat. Use $KI to evolve your Genopet, alchemize crystals, generate new Habitats, and battle other players.

XP, or experience points, are a state in a Genopet’s non-fungible token metadata that increases through your grinding efforts, taking steps every day. Once you get enough XP, you can upgrade your Genopet.

What are Refined Crystals?

Refined Crystals are non-fungible tokens that you craft using $GENE and $KI to direct the evolution of a Genopet. Refined Crystals come in many forms and each plays a unique part in affecting your pet’s evolution. For instance, use a Fire Gene Crystal during evolution to change your Genopet’s elemental Genotype to Fire and grant it a blazing appearance and Fire attack moves.

What is a Habitat?

A Habitat is where your Genopet lives and evolves. Habitats are procedurally generated non-fungible tokens you purchase through the Genopets Marketplace or craft using $GENE, $KI, and Gene Crystals. In addition, Habitats boost your XP, unlock your ability to craft Refined Crystals directly, and earn you daily $KI.

The Genopets economic flywheel is built on a first of its a kind model where both Free-to-Play and Paying players to have opportunities to earn income. We call this the Dual Earning Economy Innovation.

All you need to start playing Genopets is a smartphone. Summon and your Genopet NFT for free and start earning XP as you move. Get rewarded for walking your dog, dancing in your room, running your daily 4k, or just getting up and going about your everyday life. When you’re ready to claim your rewards, plug into the Genoverse and experience the world through the eyes of your digital spirit animal. Use your XP to customize, evolve, and prepare your Genopet for battle. Once you’ve leveled up your Genopet, you can choose to sell it in a marketplace and use some of those earnings towards your first habitat to evolve faster and earn more with an even better Genopet next time.

If you want to accelerate your gameplay, you can purchase a Habitat to speed up the evolution of your Genopet, craft Refined Crystals, and unlock the continuous $KI token earning daily in addition to XP as you move.

Genopets’ mission is to make staying active more rewarding through a fun Free-To-Play NFT game that empowers the masses to earn. For the first time, anyone can experience the benefits of blockchain technology through an easy-to-understand, casual game that inspires you to get out and live your life to the fullest rather than sit stuck behind a screen.

We are all just beginning to emerge from a global pandemic that has profoundly changed how we work, play, and live. In many ways, the world has been reset. There has been an irrevocable shift in our paradigm. Moreover, we could all use an excuse to get out, be active, and have fun. And there’s nothing better than having a way to earn some income while doing it.

Though at a grave cost, this crisis has granted us a rare cultural moment to apply deep introspection and novel technologies to redefine our approach towards what we do, how we do it, and why. We have the opportunity and the tools to come back stronger and set a foundation for a hopeful future. There is no better time to introduce an inspired way to reconnect with ourselves and each other. See you in the Genoverse!

Genopets is the first Free-to-Play, Move-to-Earn NFT game that makes it fun and rewarding to live an active lifestyle. Built on Solana, Genopets integrates your daily activity in real life with blockchain Play-to-Earn economics so you can turn your real-life actions into expansive gameplay and earn crypto while doing it.